Invariably a new technique or process is often fraught with counter-intentions that are usually seen throughout the field of study and across the board. The relative benefit of such a process or new technology is directly proportional to the amount of consternation, doubt, and criticism that, it in fact receives. It takes all this on as its requirement to grow and to develop.

Veterinary cold Laser Therapy (VCLT) developed by William L. Inman DVM, CVCP, is the culmination of over twenty years of experience and application of healing technologies using a non-cutting or “cold” lasers on human beings and animals. This author has seldom seen a technology as valuable and inspiring, as this particular technology appears to be. Suffice to say you are witnessing the emergence of a completely new age in healing and certainly a total paradigm shift in veterinary health care. 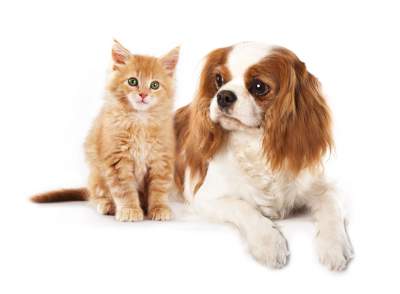 The data transcribed in this article is designed to give you an introduction to the use of veterinary cold laser therapy on the domestic animals. The dog, the cat, and the horse can all be adequately treated with a number of modalities in a number of different disease conditions with healing equipment that does not even have to touch the animal’s body.

Disclaimer; the information in here portrayed is based upon the use of a number of different types of lasers the most important of which is the Erchonia-style laser provided by Erchonia Medical Supply located in Arizona. Other types of lasers have been used with limited amounts of success and only the Erchonia PL5 laser will be referred to in the in this body of information. We believe the PLS Erchonia Cold Laser to be the “state of the art” at the time of this writing and to use other equipment, although possibly effective to some degree, would be “kind of like kissing your sister”.

This author has found the helium-neon style laser, firing at 635nm, to be the most effective and the easiest to use. Its application rates and application modes are superior to other types of equipment and are available at the time of this writing. Other equipment has been tested and reproducibility and efficacy has found somewhat lacking in those models.

Light amplification by stimulated emission rays or L.A.S.E.R. is a means of directing highly concentrated coherent light at a concise wavelength to the muscles, tissues, organs, connective tissue, formed elements of the blood, and the living matrix of the body, are all involved and are all subject to laser stimulation and healing.

Photosynthesis is a means by which the light energy from the sun is gathered by reacting with chemicals in plant material to harness the energy of the quantum of light. The sun’s light is discharged from the surface of the sun and spreads out in radiating beams that expand further and further apart as they travel from the sun. De to the radiating of the sun’s rays, the intensity of energy that is experiences here on Earth is just a small bit of the original radiation field density.

Coherent light is polarized, and able to be location ally specific. It does not radiate but rather it is directed to a specific location. Its coherency allows the delivery of exacting quanta of light and in specifically high energy levels to exacting locations with exacting and concise wavelengths.

It has been proven that cells communicate through coherent light. When a sperm and ovum fertilize, they immediately give off coherent light at precisely 632.8 nanometers.

Cells in the living matrix also communicate throughout the total body living things via a coherent light, and that communication is done instantaneously through the living matrix to direct all aspects of healing, growth, regulation of metabolism, and general cell survival.

To be able to dial into this communication process via an artificial methodology such as a cold laser is the ability to emulate the exact methodology is that the cells themselves use to heal themselves and also to grow, to change, and to survive. It has been said, “it is the way God talks to all cells, tissues, organisms and creatures.

There are many reasons that the light therapy works on the structure and metabolism of living tissues. Some of them are:

There are various application modes in the use of VCLT. Each is used for a different purpose and is logically applied to enhance therapy and reduce treatment time. They are:

There are several types of beam shapes in current laser equipment. They are:

It is important to remember that the light from the Sun diverges and is not coherent. It does not penetrate the body well and is of unlimited wavelengths. A photon of coherent light is smaller than an electron and if we revisit our atomic and molecular theory, we are reminded that to shoot something as small as a photon of light through a large, thick solid thing such as the body, it would be like shooting a bullet through a sparsely treed forest. Eventually we would hit something but we would easily penetrate deep into the forest before we ran into something.

This is why we are able to deliver laser light deep into the tissues of even the thickest areas of the equine and bovine. You will notice that the treatment times for similar disease conditions, using the same frequencies are longer for the large animals than the dog and the cat. This reflects this phenomenon but in now way reduces or occludes our ability to effectively treat these “deep” tissues.

There are several general treatment protocols that are used either by themselves or with other more specific protocols. These protocols are designed to enhance a particular disease therapy or can be used in a general sense as the sole treatment of choice.

If a practitioner were to master only these protocols and use only these, he would be still far more effective than any of his colleagues to date using methods other than cold laser.

Protocols are written for the sake of this work in this format:

So… a protocol that is written: 4/180/brainstem, means the device is set to 4 cycles/sec and placed at the brainstem for 3 minutes (180 seconds).

This would see a four frequency laser programmed at 9Hz at A1, 16Hz at A2, 42Hz at B1, and 33Hz at B2, and applied to the affected nerve root and the area the nerve root innervates for 3 min, at the same side cerebellum for 3 min and the draining lymph nodes for 3 min, total treatment time is 9 min and could be repeated twice daily for 3 days and then every other day for two weeks or as needed.

Scheduling and Duration of Treatment Sessions

The number of sessions varies depending upon the severity and chronicity of the disease process and the nature and characteristics of the specific ailment. Also the age and general health of the patient and nutrition level plays a role.

The veterinary treatment protocols that are used consistently are:

These general veterinary treatment protocols will be referred to by name as additions in the section following for “Disease Specific Veterinary Protocols”.